A while ago I had a conversation with two atheist colleagues of mine at the school where I’m teaching religion. I asked them the following question:

“Do you believe that things become valuable only if people accord them some value, and, on the other hand, that they no longer possess any value once people stop according them value?”

My colleagues answered: “Yes, we do…”

I went further: “So, if no one grants an individual any respect at all, including the individual himself, that individual actually doesn’t have any value? He’s worth nothing because no human being acknowledges him?”

I’m sorry, but I cannot believe this. I cannot believe that the weight of what’s valuable and what’s not in the universe rests on our tiny, petty little shoulders. It’s too heavy a burden to be carried by mere mortals, who appear and disappear in the blink of an eye. I don’t believe that someone is worth nothing if he’s considered worthless by the human community, including himself. In short, I don’t believe, unlike the old Greek philosopher Protagoras, that “man is the measure of all things” in these matters.

A person’s worth cannot be determined solely by human perception and judgment. Man is not simply the child of a “social other”, i.e. the product of a man-made social environment in which he gains or loses a sense of (self-) worth. He’s also, following the thoughts of people like James Alison and Emmanuel Levinas, a child of “the other Other”, and we should postpone any final judgment on other people and ourselves.

Theologically speaking, this kind of “eschatological reservation” is quite liberating, not just for ourselves, but also for our neighbors. The lurking alternative seems human totalitarianism, meaning the aspiration of man – on an individual or collective level – to have total control in determining what and who is valuable, and what and who is worthless. I’d say we better accept the limitedness of our existence, and leave the perfection of the world to “the Infinite One”, you know, “God”.

Unlike my atheist colleagues, I don’t believe we should try to occupy His kind of place. This unbelief makes me a believer, I believe… And indeed: “Every finite spirit believes either in a God or in an idol” (Max Scheler, 1874-1928). Right on, Max! 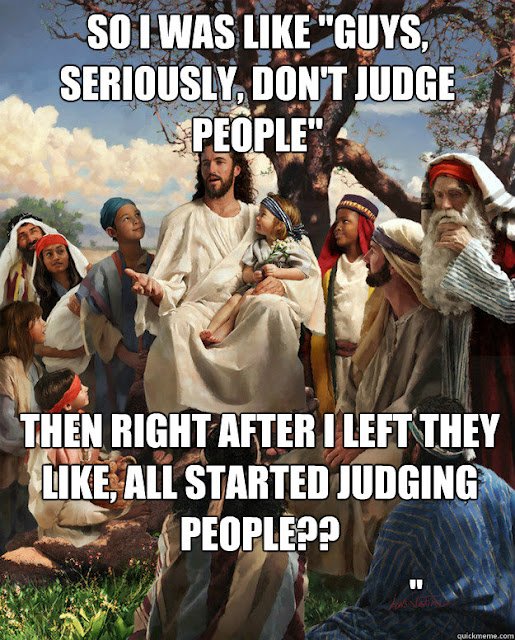