A so-called new atheist and a fundamentalist walk into a bar discussing a passage from the fundamentalist’s new Bible on “Richard Dawkins, the one and only true Messiah, who lived about 2000 years ago (at the dawn of the 20th century)”.

Richard Dawkins, the Enlightened One sent by God, had been severely persecuted during his lifetime by “the unenlightened peoples of the world”, but eventually his Spirit lived on. The story of his life had been written down by some of his later followers. None of them, however, had known Dawkins personally. They were all dependent on what eye witnesses had told them. No accounts by Dawkins himself or his immediate followers, the first Dawkinsians, were known. 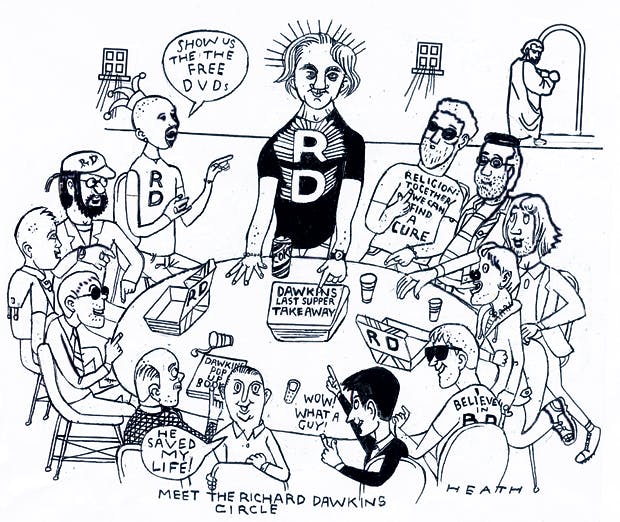 Fundamentalist Dawkinsian: “It says here that he navigated many dangerous waters in his lifetime. So he was a skipper. This Book comes from God, so I know this claim to be true!”

New Atheist: “Archaeological research reveals that the very first manuscripts of your so-called Holy Book originated in the middle of the desert, among a group of so-called second generation followers of Richard Dawkins. Today researchers generally assume that the movement around Dawkins and the supposed Dawkins himself barely saw any waters at all. So that claim about “navigating many dangerous waters” and Dawkins being a skipper is just bollocks! Moreover, many elements of the stories around Dawkins are present in stories about famous figures of the time as well, like that Moses guy. Some of those celebrities are even completely fictional characters, like Bart Simpson. The story about Richard Dawkins seems assembled from other stories. So if Richard Dawkins ever existed at all remains to be seen!”

Fundamentalist Dawkinsian: “God’s Holy Book contains the true knowledge and science, He can’t be lying. It would be against God’s very own nature to deceive us! You’re an arrogant sinner not to accept the divine truth!”

New Atheist: “Go on then, you idiotic arrogant Dawkinstard, trust those ridiculous revelations! I’ll go with real scientific evidence, though!”

In comes a Dawkinsian Biblical scholar.

Dawkinsian Biblical Scholar: “Hey you guys, 2000 years ago that expression in that context meant that Dawkins encountered many complicated situations during his lifetime. So it is a metaphorical way to express something about a historical experience. Your whole discussion about whether or not Dawkins was a skipper is off-topic. That’s what the science of historical critical research tells us. The writers used the idiom of their time and the stories people already knew.”

Fundamentalist Dawkinsian: “You’re not a true believer, you sinful corrupted traitor! You’re heir to the Catholidical Church of Dawkins, which is the Church of the Devil!”

New Atheist: “You’re a rationalizing apologist, stupid enough to waste your time on fairy tale nonsense. No one read the Bible that way at the time!”

In comes an atheist Biblical scholar.

Fundamentalist Dawkinsian: “You’re a sinner too, you arrogant know-it-all!”

New Atheist: “Well you’re kind of an arrogant prick to claim the truth, you corrupted pseudo-scientist! Of course you defend the scholarly consensus, your career depends on it!” 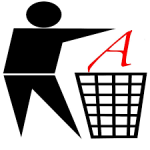 After which the fundamentalist Dawkinsian and the new atheist

continued their mimetic battle. It gave meaning to their lives as it provided them with a sense of superiority over their “stupid, stubborn and evil enemies”. However, as mimetic doubles they eventually became each other’s idiots, hurling similar insults back and forth. It seems every human being becomes that idiot from time to time. They accused each other of being the source of many evils in the world, and therefore saw themselves justified to promote politics that would eliminate the other’s world view.

The Dawkinsian and atheist Biblical scholar, on the other hand, went for a beer together. Or so the story goes… 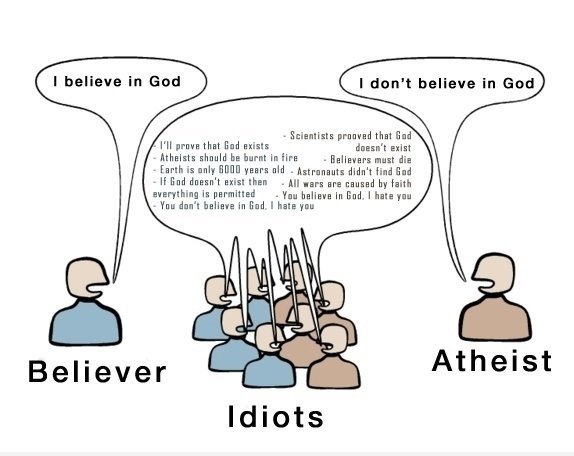