What makes a saint a saint?

Christian spirituality, and the Catholic spirituality in particular, very much focuses on the power of examples.

As modern psychology shows, humans get access to their particular cultural environments through mimetic processes (i.e. processes of imitation). Perhaps the importance of imitation as the heart of the human (psycho)social identity formation becomes paradoxically visible with the observation of children who lack the example of other human beings while growing up. Feral children often imitate animals instead, with all due consequences.

It is no coincidence that an authentic spirituality, in line with what makes humans “human”, is based on the question “Who am I?” understood as “Whom should I follow / imitate?” Indeed, we receive our identity from others who either free us to ourselves or enslave us to an alienating social status we learn to uphold. We never build our identity “from scratch”. We are relational beings, our being is essentially relational, and all kinds of relationships are prior to our sense of self or “I”.

The great spiritual figures and mystics of the Christian traditions have always believed that we come to ourselves by imitating Christ (see De Imitatione Christi by Thomas à Kempis – 1380-1471). This does not mean literally imitating some kind of idol (that is a perversion of spirituality) but imitating the life and love present in the figure of Christ. So what this actually means is: stepping into the realm of a love that allows us to be honest about and true to ourselves so that we become capable of lovingly accepting others as well.

Thus saints in the Catholic tradition are not saints because they are unrealistic examples of so-called ideal, perfect people. That would make them idols, crushing all too pious minds under guilt, shame and resentment. On the contrary, saints are saints because they found the audacity to be “painfully honest” about themselves and no longer hid their imperfections, flaws and “sins” from themselves and others.

Saints are people who follow the advice of Jesus in the Gospel of John (8:32), “Know the truth and the truth will set you free…” Free to love. An alcoholic, for instance, who enters the loving realm of an AA meeting and is finally enabled to admit to himself that he is an alcoholic, indeed enters the first step on a journey that will enable him to find himself again. This in turn will enable him to approach others from what he has to give rather than approach others from his particular “needs”. 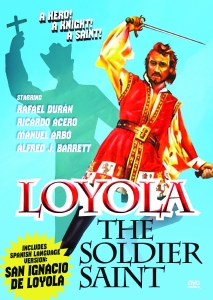 The conversion experience of Saint Ignatius Loyola (click for more) can be understood in these terms. He converted to “God”, which was a conversion to “himself” at the same time. This does not mean that Ignatius became “God”, but that he found the realm of a love that allowed him to accept himself. Ignatius turned away from the prideful social status he wanted to uphold. The love for a chivalric image and his romantic dreams had prevented him, like some mad “Don Quixote”, from loving others, whom he merely used as “means” to confirm his self-image (either as “enemies” or as “friends”). But at some point in his life, at a moment of a deep identity crisis, Ignatius started to discern between the forces that alienated him from himself and others on the one hand, and the love that allowed him to connect to himself and others on the other. He started to give up the game of “auto- and hetero-aggression” and found true self-respect and respect for others.

Second, Greg realized what harm this kind of auto-aggression was doing to his ability to love other people:

Finally, however, Greg was able to turn away, to convert (Latin: “convertere”), and he transformed his life into a testimony and an example to inspire others:

“I left the set [of a shoot], drove a couple blocks, pulled over, and started crying. Since that day, I’ve never gone back. I changed my life, I began my life. You see, if I can change my heart, anybody can.”