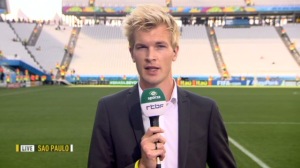 Ruben Van Gucht, a Belgian sports journalist, did a little research on the question whether soccer teams really benefit from firing a coach and attracting a new one when a team is not delivering expected results. He presented his results on De Afspraak (December 8, 2015), a Belgian TV-show.

The short answer to Van Gucht’s research question is NO.

Similar research done in other countries already suggested this outcome.

Often there is a short-term effect, but this has more to do with statistical regularity, especially when considered from the perspective of long-term effects. Indeed, in the long run there seem to be no significant differences between the results under the guidance of the former coach and those of the new one.

Victories as well as defeats of soccer teams are just that: TEAM EFFORTS & EXPERIENCES. Of course it is tempting to look for a scapegoat in times of crisis. And coaches are easy targets. But as Van Gucht’s research reveals: a coach is not a decisive factor; he’s just one of many.

Coincidentally, I wrote about the tendency to use coaches as scapegoats in an introduction to my course on René Girard’s mimetic theory in high school. Here’s an excerpt:

The mimetic building blocks of our psycho-social fabric are at once responsible for the preservation and disintegration of that very same fabric. One of the well-tried means to restore a social order that is in crisis because of escalating mimetic rivalry, is the so-called scapegoat mechanism. This restoration again rests on mimetic processes. Let’s turn to the example of the soccer team once more. When a team loses time and again, that’s normally no favorable factor for the group atmosphere. Teammates start blaming each other for bad results, maybe even sabotaging each other. There also might be ill-will towards the coach by players who feel they’re not given enough opportunities to play matches. And when the coach becomes part of the rivalry and frustrations within the team, that’s usually the end of his career there. As more players imitate the ill-will of some teammates towards their coach, the latter becomes the one held responsible for all the major problems within the team, and he’ll be fired by the board in the end. Instead of recognizing the mimetic origins of social disorder, people tend to blame one outsider or a group of outsiders. This scenario is well-known. Coaches indeed often function as convenient scapegoats, as they are outsiders because of their position of leadership, and they are easily blamed unjustly for a crisis they’re not or only partly responsible for. Like other scapegoats they’re interpreted in a twofold manner by the group they’re expelled from: perceived as the main cause for the tensions, divisions and disorder within the group, and experienced as the main cure while being sacrificed (expelled, or worse) to restore unity and order within that same group. Scapegoats are at once villain and hero, monster and savior, hated and loved, unwanted and wanted, scorned yet needed. Think, for example, of dictatorial regimes who blame all their domestic problems on foreign enemies. As long as a dictator can unite his citizens against some outside enemy, he can at least prevent them from uniting against himself and remain in the saddle. This means that he cannot completely destroy the enemy he publicly loathes. Dictators need the periodic sacrifice of their scapegoat in order to preserve the social fabric on a very large scale, but human beings in general tend to use the scapegoat mechanism on a day-to-day basis, albeit often in smaller ways.

READ ABOUT an example in the world of baseball:

READ ABOUT an example in the world of soccer: 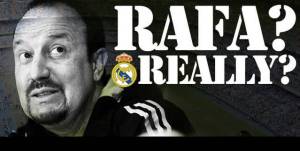 Rafa Benitez is an easy scapegoat for problems at Real Madrid