An interesting and funny experiment is the now well-known fairness study by Dutch ethologist Frans de Waal and his colleagues. 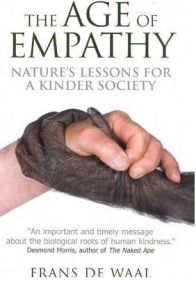 In the words of Vittorio Gallese, one of the discoverers of mirror neurons, in conclusion to his paper The Two Sides of Mimesis (click title to read the whole paper): “We have examined empirical results showing how interpersonal relations are made possible — in the first place — by resonance mechanisms that provide the common ground upon which the I–Thou relation can be established. It could be tempting to use such evidence to assert the neurobiological basis of the supposed natural proclivity of mankind to sympathy, fellow feelings, good will and altruism. I think we must resist such temptation, and look at human nature as it really is and not as we would like it to be. In this respect, Girard’s Mimetic Theory is illuminating, because it shows that mimesis when declined as mimetic desire has the intrinsic potentiality of driving humans to aggression and violence. Mimesis, as I have been trying to show throughout this paper, is neither intrinsically good nor bad. It is a basic functional mechanism at the core of our diversified social competencies and activities. Nevertheless, mimesis has two sides. Any serious neuroscientific attempt to shed light on the truest and deepest nature of human condition cannot neglect either side. I posit that the empirical evidence here briefly summarized and future research stimulated and driven by the currently available evidence have the potentiality to shed further light on both sides of mimesis.”

Both above mentioned points can be observed in many of de Waal’s experiments and observations. The second point becomes very clear in this fairness study. Consider the following remark by de Waal:

“Note that the first piece of cucumber is perfectly fine. The first piece she eats. Then she sees the other one getting grape, and you will see what happens…” 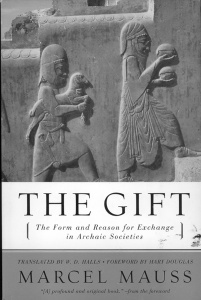 In other words, the frustration and anger for not receiving grapes is aroused by comparison with the other monkey. Potential conflict does not arise from inequality as such, but from the tendency to imitate someone else and therefore desire what he receives, desires or possesses. The monkey is perfectly willing to eat cucumber instead of the better tasting grapes as long as her neighbor is in the same position. But would you still be happy with a little Toyota if everyone else in the neighborhood is driving a big Mercedes? We have to keep up with the Joneses, don’t we? Indeed, beyond basic needs, our and the monkey’s desires are structured by imitating others and comparing ourselves to them.

Primitive societies are well aware of the potential destructive outcomes of sharing gifts. That’s why gift exchange is highly regulated in archaic contexts. Besides establishing an acceptable hierarchy (which implies differences and inequalities), the rules of gift exchange also aim to undermine feelings of frustration and envy. To keep the peace! Essai sur le don  (The Gift), the groundbreaking study by Marcel Mauss (1872-1950) [PDF], to this day is very revealing in this regard (e.g. p.11: “To refuse to give, or to fail to invite, is – like refusing to accept – the equivalent of a declaration of war; it is a refusal of friendship and intercourse.”).

The ethical question remains whether the ties and bonds between humans that arise from mimetic interplays (manifested in empathy, fear of violence, but also lust for power and prestige) are a good basis for morality. I guess, as mimetic creatures, we have no choice but to rely on imitation. But this can be tricky. It’s very common to empathize with a friend or a clique and to imitate their hostility towards an enemy. But this kind of loyalty is not necessarily just or righteous. It’s the blind loyalty of the mafia or the mob. What if your friends or your clan is wrong? The big challenge, as put forward among others by Christ, is to include the ones that are considered “enemies” as “members of the community” – as “neighbors”, fellow human beings. 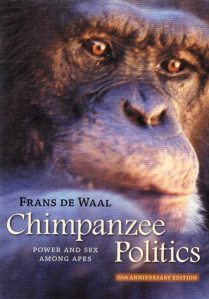 René Girard claims that an imitation of Christ could guide our mimetic faculties in such a way that they would enable us to “love our enemies”. This is not to be understood in a masochistic way. To protect the victim of bullies doesn’t mean that you want to get bullied yourself. To put it differently: to speak in favor of the socially deprived or “crucified” doesn’t mean that you want to get crucified yourself, although of course you always run the risk that “bullies” don’t “show mercy” but keep on “crucifying”. Nevertheless Christ “turns the other cheek”, not because he wants another blow, but because he hopes that merciful, non-vengeful conduct will eventually be imitated.

So, empathy as the basis for morality? It depends on the examples one imitates and empathizes with. Will you follow the idol of yourself – the important person you imagine yourself to be in a certain group (that structures itself partly by excluding its “enemies”)? Or will you follow the Voice of the one who questions the image of yourself that exists at the expense of excluded others – in order to find yourself in relationship to those others?