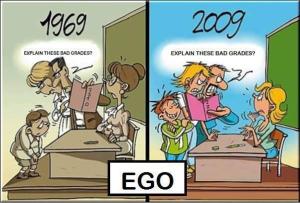 “I hate all this philosophical mumbo-jumbo! It just doesn’t make any sense!”

I’ve experienced reactions like these from my students quite often while trying to teach them some philosophy. They express the normal frustration people get when they just don’t seem to succeed in mastering the issues they’re facing. To be honest, I more than once imitated their feelings of despair by getting frustrated and impatient myself about their inability to understand what I was trying to say. The story of students blaming teachers for not explaining things well enough, and of teachers responding that their students just don’t try hard enough, is all too familiar. But, at the end of the day, having worked through some negative emotions, I somehow always manage to sit down at my desk and try to improve upon my part of communicating. I can only hope it stays that way.

The writings of Jewish philosopher Emmanuel Levinas are not always easy to understand, let alone agree with. Roger Burggraeve, one of my professors at the University of Leuven, has proven to be an excellent guide to introduce me to the philosophy of Levinas (click here for an excellent summary by Burggraeve). But explanations at an academic level are not always easily transferable to a high school level. Regarding Levinas I’m faced with the challenge to explain something about his thoughts on “the Other” and “the Other’s face”. Although Levinas’ musings often appear to be highly abstract for someone who didn’t receive any proper philosophical training, his thinking springs from very “earthly”, even dark realities and experiences – especially the experience of the Holocaust. Levinas’ response to the threat of totalitarianism is actually very down to earth, but because it wants to be “fundamental”, I can imagine it indeed sometimes comes across as mumbo-jumbo to sixteen year olds.

Luckily enough for me, as a teacher, an episode of The Fresh Prince of Bel Air (season 3, episode 12 The Cold War) can help to make clear what “the encounter with the Other” could be like in a particular situation. Moreover, it also serves as a good way to connect René Girard’s mimetic theory with some of Levinas’ main insights. Here’s the story:

Will and his nephew Carlton have a crush on the same girl, Paula. Carlton had been the first to date Paula, but after introducing her to Will, she also becomes Will’s object of interest. Will imitates the desire of Carlton and, upon noticing this, Carlton in turn reinforces his desire for Paula by imitating his new rival Will. This is a prime and archetypal example of what Girard has labeled mimetic (or imitative) desire, which potentially leads to mimetic rivalry. Will and Carlton become each other’s obstacles in the pursuit of an object (in this case a person, Paula) they point to each other as desirable. They become jealous of each other and try to out compete one another. They both fear the other as a threat to their self-esteem and independency. Ironically however, as they try to differ themselves from each other by unwittingly imitating each other’s desire, they resemble each other more and more. In fact, their sense of “being” becomes truly dependent on the other they despise. They end up dueling each other in a pillow fight, trying to settle the score. 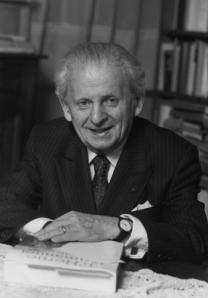 At one moment, near the end of Will and Carlton’s fight, something happens which indeed illustrates what Levinas means with “response to the Other’s face” (click here for some excerpts from Levinas’ Ethics as First Philosophy). Will pretends to be severely injured (“My eye!”), whereon Carlton totally withdraws from the fight. Carlton finds himself confronted with Will’s vulnerability, and is genuinely concerned for his nephew’s well-being. The Other he was fighting turns out to be more than his rival, more than the product of his (worst) imaginations. Indeed, before being a rival the Other “is simply there“, not reducible to any of our concerns, desires or anxieties. Carlton is not concerned for his own sake: he doesn’t seem to fear any punishment, nor does he seem to desire any reward while showing his care for Will. He abandons all actions of self-interest “in the wink of an eye”.

This is an ethical moment, as Levinas understands it. It goes beyond utilitarianism which, as it turns out, justifies itself as being “good” by arguing that self-interest (i.e. what proves useful for one’s own well-being) eventually serves the interest (well-being) of others as well. Putting forward the effect on the well-being of others as justification for utilitarianism is telling, and shows that utilitarianism in itself doesn’t seem to be “enough” as a foundation for ethics. Moreover, utilitarianism serves the interests of “the majority”, which threatens to overlook what happens to minorities “other than” that majority. Sometimes sacrificing a minority might seem “logical” from this point of view. By contrast, in what is “the ethical moment” according to Levinas, one fears being a murderer more than one’s own death. In other words, provoked by the Other’s “nakedness” and “vulnerability” (the Other’s face which lies beyond our visible descriptions and labeling of the Other), OUR FEAR OF THE OTHER IS TRANSFORMED IN FEAR FOR THE OTHER. The mimetic rivalry between Will and Carlton is thus interrupted until, of course, Will reveals he was only joking about his injury… and the pillow fight continues.