Cartoonist Bill Waterson is spot-on regarding the destructive mimetic dynamics of war with this cartoon of Calvin and Hobbes. It succinctly evokes what Carl von Clausewitz (1780-1831) called “the escalation to extremes”.

How to avoid bellum omnium contra omnes (the war of all against all), as Thomas Hobbes (1588-1679) phrased it? Let’s begin by taking a look at the cartoon character that was named after this philosopher. Seeing the kind of killing “games” some people play, we might truly have the need for “more role models of peace”. 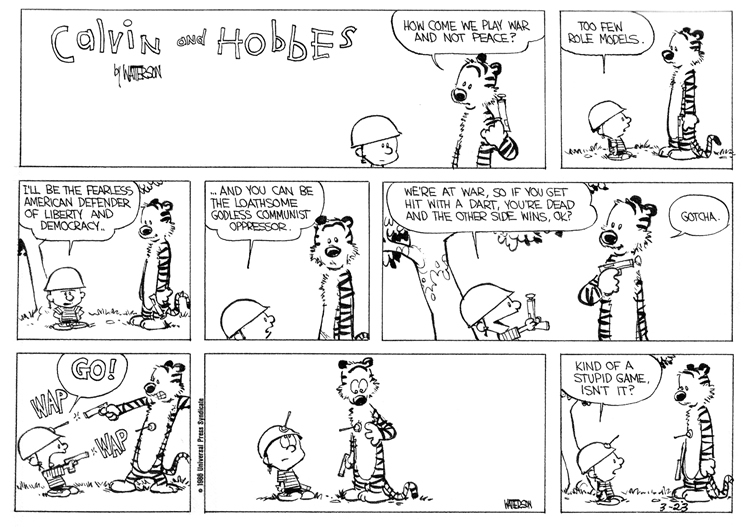